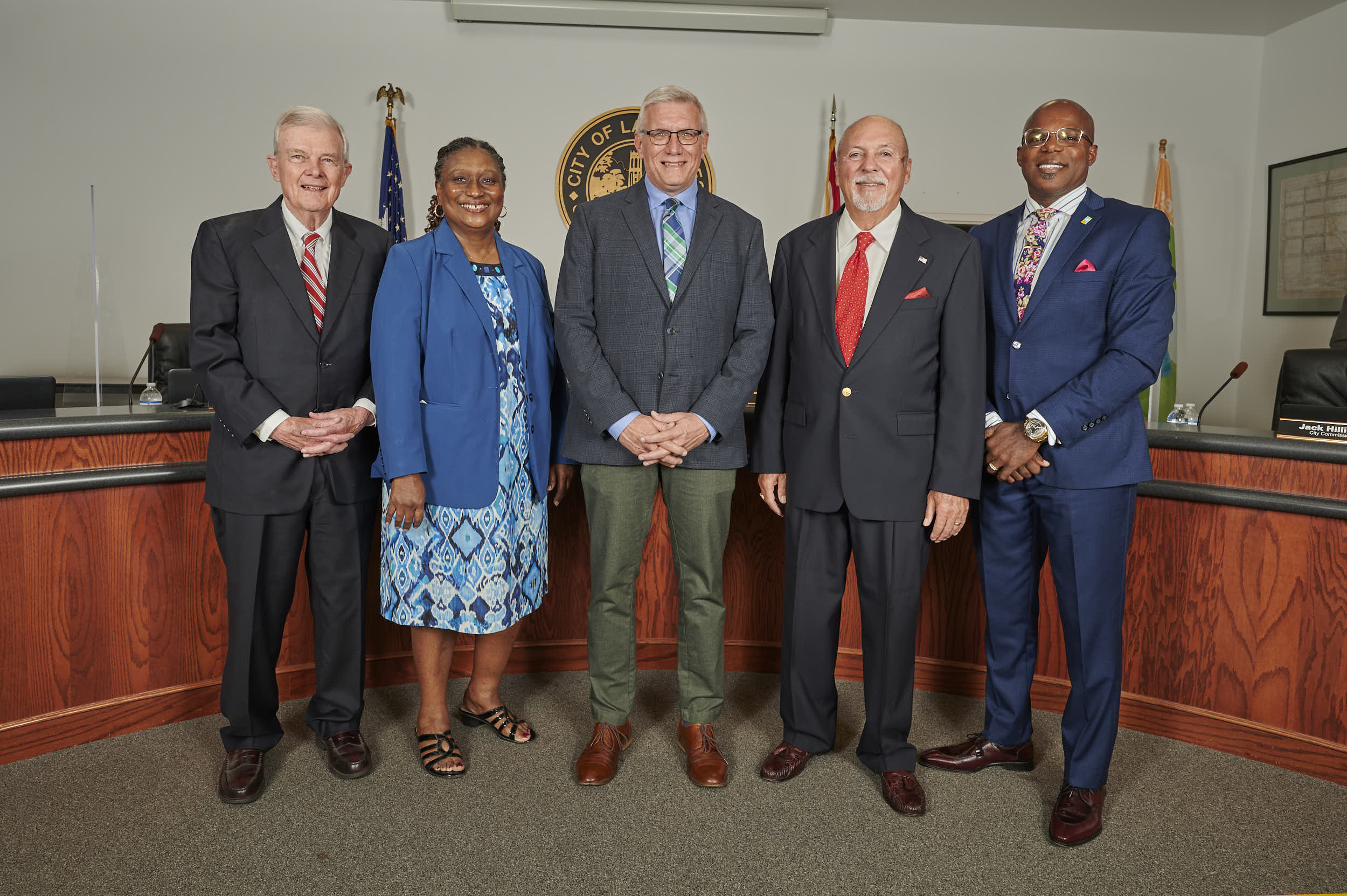 Time is set aside at the beginning of each regular City Commission meeting for comments from members of the public.

Agendas are available prior to the meetings. Approved Minutes are available following approval by the City Commission.
View Most Recent Agendas, Minutes, and Videos

There are 5 commission members, of which four are city commissioners and one mayor. Each member is elected to serve a 3-year term.

The commission shall elect from among its members a deputy mayor who shall act as mayor during the absence or disability of the mayor, and if a vacancy occurs, shall become mayor for the remainder of the unexpired term.

The City Commission is an elected governing board which, on behalf of the citizens of Lake Wales, determines policies to be implemented by the City Manager. Policy-making is accomplished by consensus of the Commissioners and is formalized by adopting ordinances, passing resolutions and adopting an annual budget.

Commissioners are entitled to a salary of $6323 per year. The Mayor's salary is 50% more at $9485 a year. Commission members are also eligible to participate in the City's group health and dental insurance plans. Any Commission member who chooses to participate will have his premium paid by the City.
Email Us
Agenda Center
Utility Bill Pay
Notify me®
Contractor Portal