This imposing example of a Colonial Revival style residence, constructed for the B.K. Bullard family, expresses Bullard's optimism about the town he'd helped to establish. One of the town's oldest residences, it is also one of its most grandiose. It is situated at 644 S Lake Shore Boulevard.

Situated on a large landscaped lot overlooking Lake Wailes, the Bullard House features a low-pitched hip roof and a symmetrical facade. The main entrance is centered on the facade and has a decorative transom and sidelight surrounds. A veranda with an attached porte cochere wraps around the front elevation and both sides of the building. The house originally displayed a buff brick exterior. The photograph above shows the house as it originally appeared. 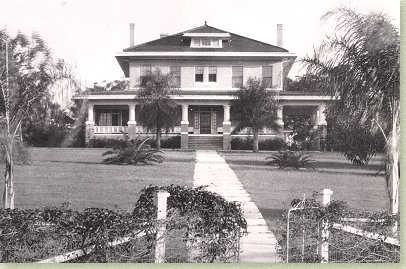