The Rhodesbilt Arcade, one of the city's most distinctive buildings, stretches between Park Avenue and Stuart Avenue (230 E Park Avenue) and offers entry from either street. Erected between 1924 and 1926, it was built by Jesse T. Rhodes, a contractor and real estate agent, nicknamed Good because of the craftsmanship he applied to the buildings he constructed. They included a number of early residences in the city.

Often designed in the Mediterranean Revival style, arcades were among the most popular commercial building types in Florida during the 1920s. Mediterranean influences apparent on the Rhodesbilt Arcade include a curved parapet, arched entrances, and decorative ceramic tile. 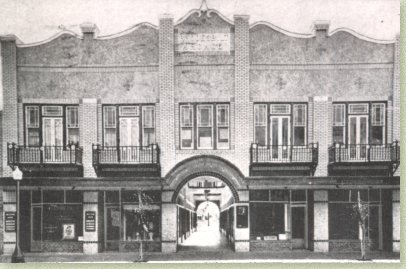