In 1916, this small depot was constructed near the intersection of Kissimmee Avenue and Scenic Highway to accommodate rail traffic on the east-west Seaboard Air Line (SAL) tracks. In 1975, the railroad gave the 1916 SAL depot to the City of Lake Wales, and it was moved to the city equipment yard on Sessoms Avenue where it was used as a storage building. Faced with demolition, the depot was moved to the Historic Corridor in 1993 where it was restored and now houses the Lake Wales Model Railroad Club and its train exhibits. 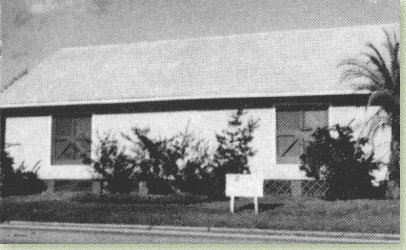