Originally named the Dixie Walesbilt, the building now known as the Grand Hotel, a 10-story skyscraper, stands as enduring testimony to the spirited optimism of the Great Florida Boom Period. It is located at 115 N 1st Street.

One of a small remaining number of historic skyscrapers constructed in Florida during the 1920s, the hotel, which originally cost $500,000, was financed through the local sale of stock in the enterprise. Its doors opened to the public in 1927, shortly after the boom had begun to collapse.

The building is an excellent example of a 3-part block, composed of a base, shaft, and cap, all noticeably divided. The original examples of the three-part building appeared in the 1850s when technology and rising urban land values created a need for harmonious design in high-rise architecture. By 1900 the style had matured, and it remained popular through the 1920s.

The Dixie Walesbilt has experienced little alteration. It symbolizes the dreams of residents who thought the boom would last forever and that Lake Wales would become the great metropolis of the Ridgeland. 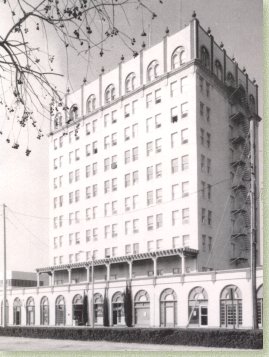